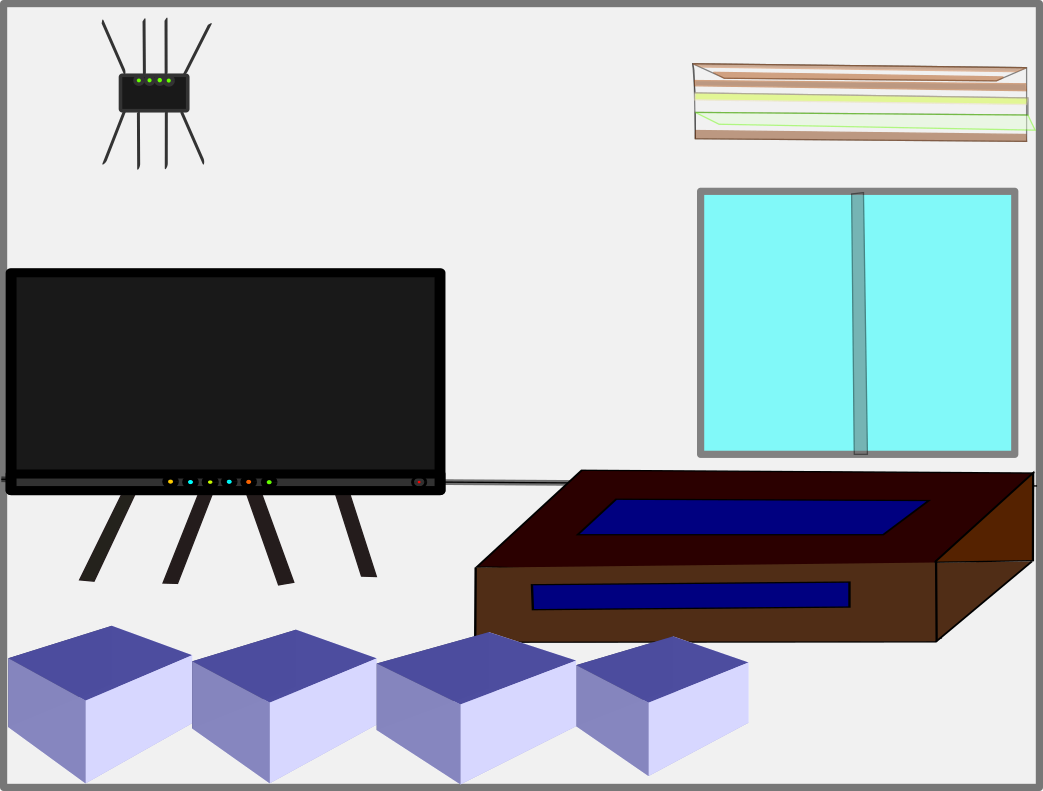 Quality of WiFi Router:
Nowadays people use wireless routers at home and office to use the internet. Wireless router available with antennas and without antennas. Some routers have two to more than eight antennas to get internet from long distances and good speed. These antennas help to transmit signals in certain directions. And so having more than one antenna doesn’t mean that all of them are pointing in the same direction. Keep it upside down, turn it upside down, just do what you have to do to spread the signal in all directions.

One morning the ‘Internet guy’ came and connected. Internet blue connected to his Wi-Fi router and said, where to put it? ‘Keep it in one place.’ The router spent the next three years in the kitchen with oil-salt-turmeric.

After that, if the speed seems to be low, I chatted with the internet service provider on the phone, restarted the computer a thousand times, knocked my head on the wall, but did not think of removing the router and putting it in a suitable place. Wi-Fi routers are now installed in most homes or offices when using broadband internet. But wherever the Internet people come and put it, the router stays there.

Internet speeds on Wi-Fi routers depend on a lot of things. We are not saying that the location of the router is the only determinant of internet speed. But it is important. Especially in the case of large houses. Today we discuss that position.

Most of the apartments in the capital are small in size, less than a thousand and a half square feet. A wireless access point is sufficient in these apartments. That means only if the router. However, if it is a very old model, then it is better to update it. In that case, you can see if 802.11 AC and dual-band are supported. It will have less trouble with coverage. However, if the house is big or if you want to provide an internet connection on multiple floors in one router, you have to create a ‘mesh network’. That means keeping the router in one place and making arrangements to spread the connection all over the house with a WiFi extender. If the signal does not reach any corner of the house, then a new extender has to be installed there. However, where to place the main router, it is quite important.

Where to put the router

When getting a new Internet connection at home, the router is usually placed somewhere in the vicinity of the way the Internet has entered its home. It is better to say here that the one who goes through the connection, his job is to give the connection. You need JavaScript enabled to view it.

Better to keep in the middle

The router sends signals in all directions. If you put it in one corner of the house on the south side, about half of the wireless coverage is left outside the house. However, the Internet distribution program in the service of pedestrians is a different matter. And if you want the same amount of coverage in the whole house, then it is better to put it somewhere in the middle. But keep it in a specific room if needed. And it is better to do that while connecting to the internet. This is because the cable must be long enough to have a power outlet around the place where the router will be placed.

The signal also comes down from the router. So it is better to keep it somewhere high. So you don’t have to stick to the roof with scotch tape. Maybe put it on a bookshelf or stick it somewhere on the wall.

Keep away from the microwave

The new routers are of modern technology. However, the more walls or large and thick barriers are crossed, the weaker the signal is. In addition, if there are other electronic devices nearby, the signal can be interrupted. Do not place near microwave ovens, especially since they are of the same wave.

At the end of the day, try to understand where the network is strong and where it is weak. Then take action accordingly.